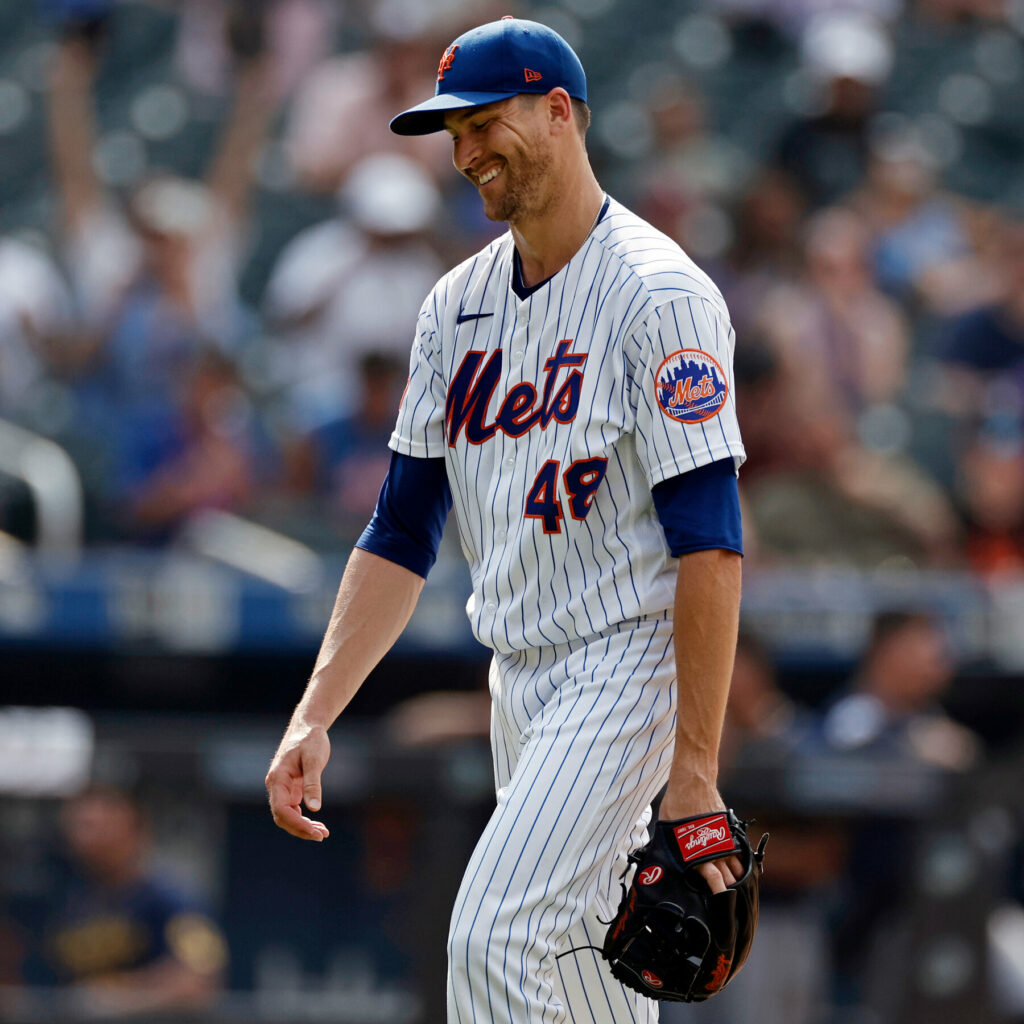 Week 6 saw a matchup of the two first place teams. John’s team, which looks like a juggernaut in the early play, and Robert’s team, which has been as hot as a pistol of late. The series did not disappoint.

In the first game, Jacob deGrom spun a 1-hit shutout  (0 walks, 13 K’s), to outduel Walker Buehler, 2-0. The only runs of the game were from a Ronald Acuna 2-run blast in the third inning.

John saved up all of his hits from game 1 for game 2, and stomped Robert’s team, 12-0. Anibal Sanchez (2-0) combined with Gio Gonzalez on the shutout and John’s team launched 4 homeruns.

In game 3, John’s team sprinted out to a 5-1 lead after two, but Robert’s team fought back, scoring 4 runs in the top of the third to tie it. In the top of the 7th, Luis Arraez cracked a double to right field. JD Martinez, forced into the outfield by an injury, then misplayed the ball and Arraez came all the way around to score what turned out to be the winning run.

In game 4, Robert’s team tallied 3 in the first inning when the first two batters singled and Eugenio Suarez cracked a homer off of Mike Soroka. John’s team scratched back, scoring single runs in the 2nd, 3rd, and 5th. Robert then extended the lead in the top of the 6th with a homer by Miguel Sano and doubles by Nelson Cruz and Howie Kendrick. Not to be outdone, John loaded the bases in the bottom of the 6th and JD Martinez slammed one into the left field seats for a 7-5 lead. Rob scored a single run in the 8th but Willie Harris slammed the door for his 1st save.

In the other series, Rich and Phil split. Tim and Paul split. Dougald and Bob split – Shane Bieber and 3 relievers combined on a 1-hit shutout in game 2. Mark took 3 of 4 from Chris.