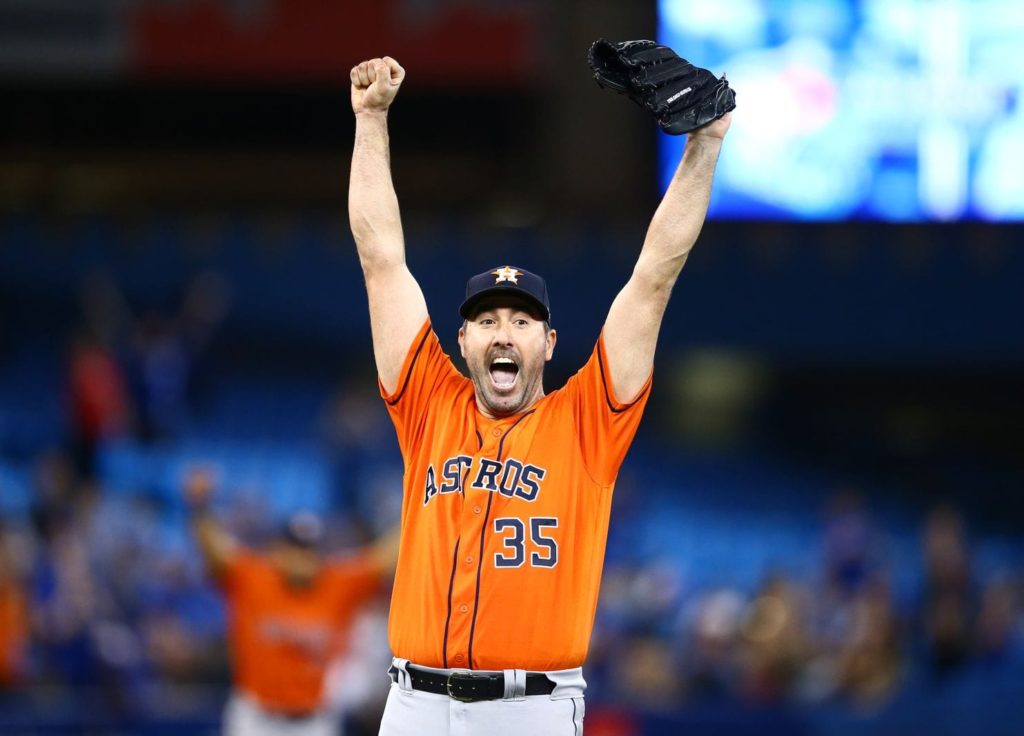 Bob had taken the first three games of his series with Phil, but Justin Verlander refused to let up in the last game. Verlander no-hit Bob until the 9th, when Ian Happ pinch hit to lead off the inning. Bob rolled a ballpark single, 1-19, but came up with a 20. Verlander then completed the no-hitter, the first in our league since 2016.

John took 3 of 4 from Chris. Jose “The Other” Martinez had a huge week, going 10 for 16 with 4 singles, 2 doubles, and 4 homers. Robert took 3 of 4 from Paul to tie Dougald for first place because Tim got all the breaks against Dougald and swept him.

The scoresheets for the Tim-Dougald series are a mess, as each team used more players than available lines. In the second game, Dougald was cruising, 5-0, into the bottom of the eighth. With one out, Brad Hand walked Matt Olson. Mark Canha pinch hit for Kolten Wong and Dougald brought in Jose Alvarado. Canha hit a homer to cut the lead to 5-2. Then Andrelton Simmons caught a 1-15 homer to make it 5-3. Dougald didn’t score in the 9th. In the bottom of the 9th, Chris Iannetta led off and missed a homer 1-12 off of Jess Chavez for an out. Gregory Polanco then made an out. Matt Olson singled. Jose Peraza pinch hit for Canha and rolled one that Justin Turner booted. Andrelton Simmons then rolled a clutch single to make it 5-4 and Ben Zobrist rolled a 4-3 diamond to walk off.

Mark and Rich will play later in the week.