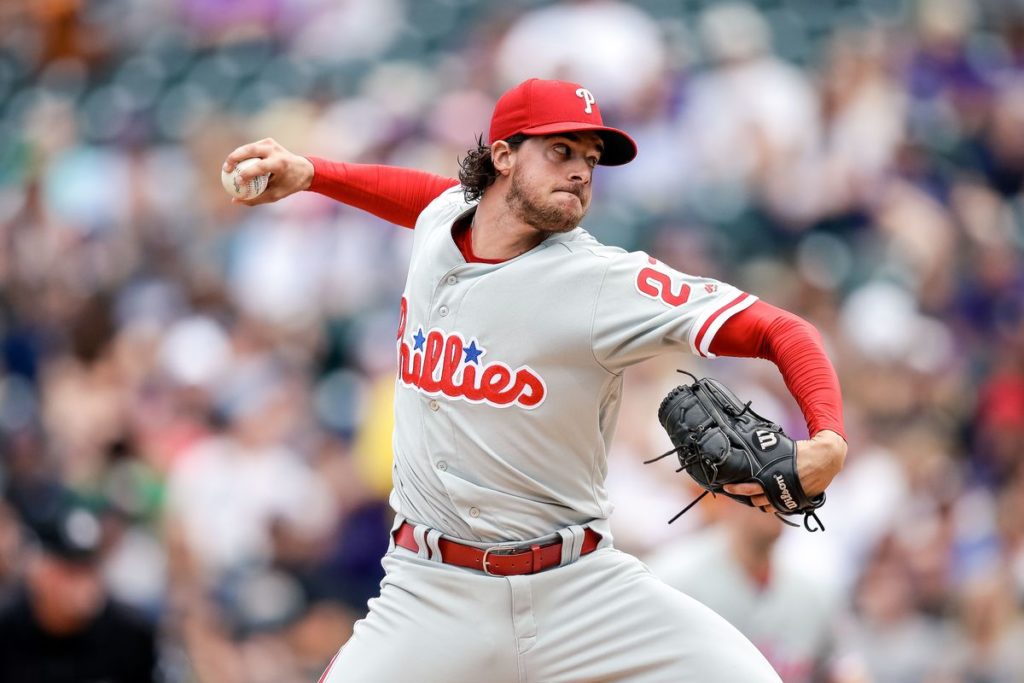 Soooo close. Aaron Nola pitching for Bob against Chris went 8 full innings of perfection. This league has never had a perfect game. In the 9th, the first batter, Willson Contreras, hit a flyball RF X. Nomar Mazara (a 4 defender, in because of an injury to Yasiel Puig, a 1 defender) got a late start on the ball and it fell for a hit. Nola then got the next two batters out but gave up another hit before completing the shutout. It was the only game Bob would win against Chris. In the other series, Rich took 3 of 4 from Tim (Tim’s one win due to a walk-off homer in the 10th by Manny Machado against David Price), Mark (played by Rich) took 3 of 4 from John, and Robert (played by Dougald) split with Phil. Dougald (played by Robert) took 3 of 4 from Paul.