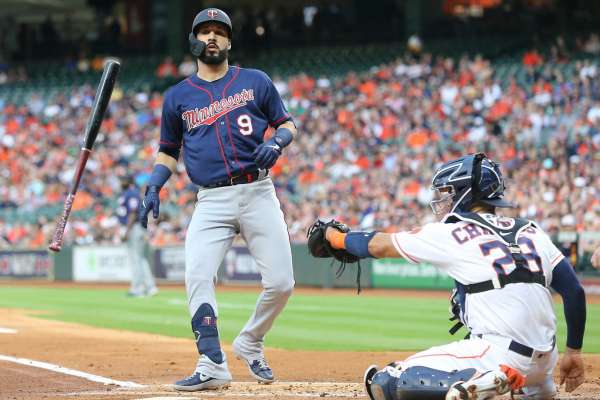 Last night was a rare treat – 10 people in the basement rolling dice. Tim entered the week desperately needing to win at least 3 games and was well on his way – winning the first two games, including one where Trea Turner booted a rally-killing double play ball. But then Edwin Diaz happened. He came in to put out a fire in the 8th of game 3 with a 5-2 lead and walked pinch-hitter Xander Bogaerts and gave up a ballpark single to Will Myers. Marwin Gonzalez then rolled the 1-6 HR 1-7 and caught it for the grand slam and the ballgame. Diaz pitched all four games, and had one good outing. In the other three outings total he went 1/3 of an inning and gave up 6 hits, 3 walks and 2 HR. Tim then got shut down by Charlie Morton in game 4 to split with Chris.

In the rest of the action, Rich won the first two against Phil and then lost the next two. Robert took 3 of 4 from John, including a one-hitter by deGrom. Paul took 3 of 4 from Dougald. Bob split 4 games with Mark.