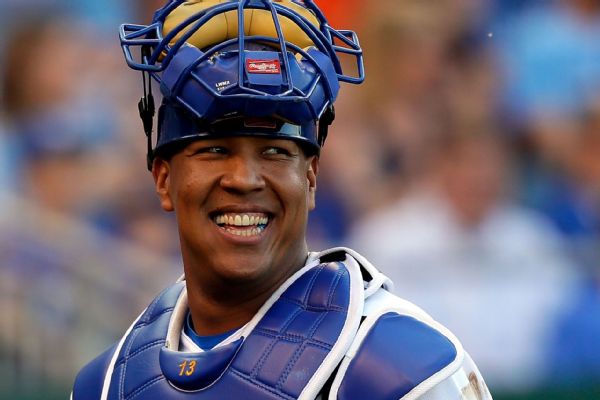 Salvador Perez cannot be stopped. He hit multiple homers last night against Phil after pounding Tim last week and earlier in the year. 1-6. Bang. Repeat. Led by Mr. Perez, Paul took 3 from Phil to create some distance in the division standings. Tim somehow managed to split with Dougald, despite having his fielders kick the ball all over the yard (including 2 errors in the same game by e4 second baseman Robinson Cano). In a related story, Tim moved into the lead for the 2019 Whining Championship, just ahead of Phil. Perennial favorites Robert and Mark have had disappointing years from a whining perspective.

Bob took 3 of 4 from Mark. Chris and Rich split. Robert’s team moved into a tie for first by sweeping John.

Also, several trades were made. It’s an arms race with almost 100 games to go!