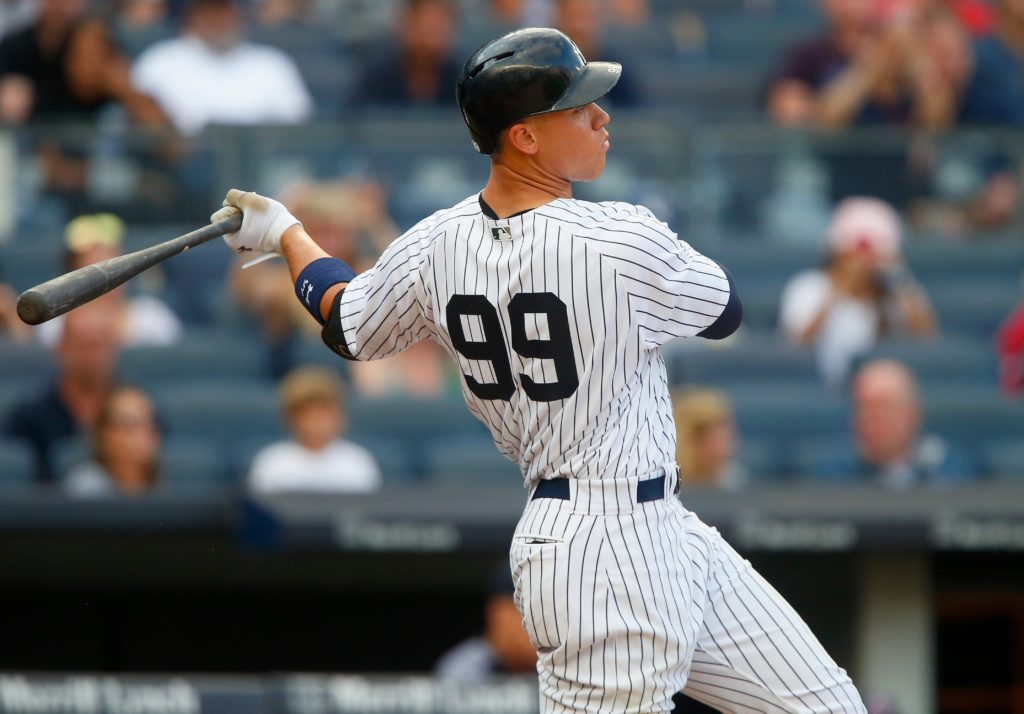 John split 4 games with Dougald. Dougald took the first two games and then didn’t score again until a Bryce Harper homer in the 9th of game 4. Rich continued his hot streak and swept 5 games from Bob. Paul took 3 of 5 games from Phil. Chris took 4 of 5 games from Tim. Before the series, Chris complained about Aaron Judge not hitting enough homers, so Judge clubbed 4 in the series, including one in his first at-bat and one in his last at-bat (which gave Chris a walk-off win in game 5). Robert took 3 of 5 from Mark (played by Paul).