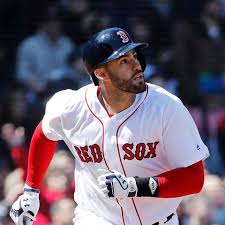 Robert’s team responded well to trading the problematic David Robertson away and took 4 of 5 from an injury-depleted Tim. Paul took the first 3 against Bob, who then rallied back to take the next two games. David Robertson blew a save for Chris, but he still managed to take 4 of 5 from Dougald and tie him for first place in the division. Rich “Team Bang” took 3 of 5 from John. Mark, played by Bob, took 3 of 4 from Phil to surge back into the race.