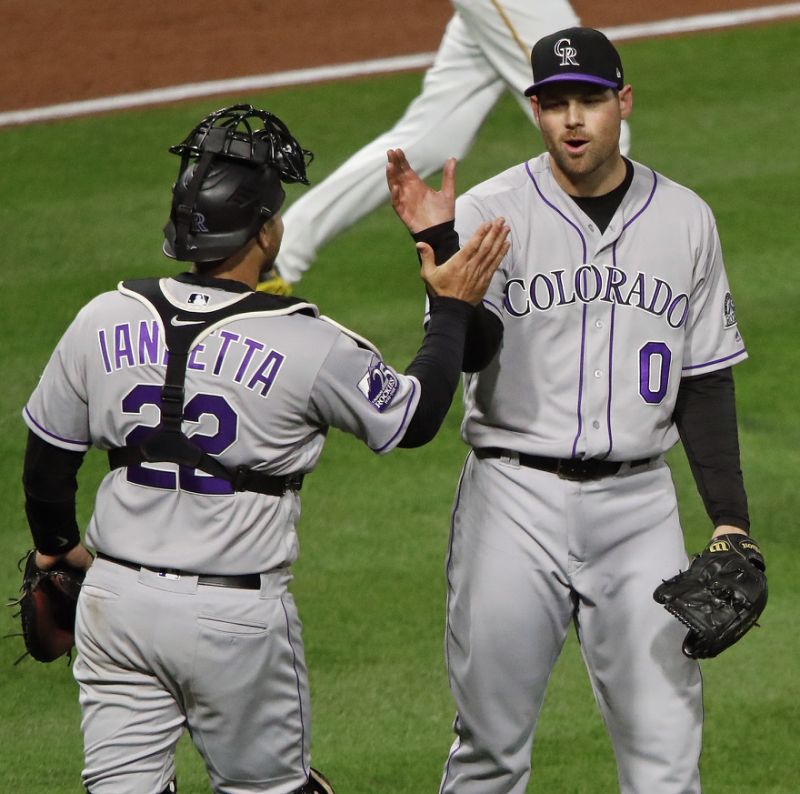 Tim finally won – in his 5th trip to the World Series, and 6th trip to the playoffs in 13+ seasons – narrowly defeating Dougald in 7 games. He is the Buffalo Bills no more.

Dougald took game 1, 5-1, and game 2, 7-4, in Tim’s park. In game 2, Mike Clevinger was unable to get out of the second inning, so Tim brought in Jared Hughes, who promptly got hurt. This put a bit of a crimp in the bullpen, so Tim replaced Hughes with Carlos Carrasco and his 7 available innings of relief, even though Carrasco would not be available until game 4.

Dougald’s park seemed to revitalize Tim’s offense, and Tim took the next two games, 8-1 and 8-5. In game 5, Dougald lost Zack Greinke for the remainder of the game in the 2nd inning and had to use his bullpen the rest of the way. The score was tied going to the bottom of the 8th when Dougald rolled 6 walks in a row in the process of scoring 3 runs, and held on to win, 4-1.

Back to Tim’s park, where it was JA Happ against Luis Severino (who had been roughed up in a complete game loss in game 3). Happ and the bullpen were up to the task, including 3 big innings by Carlos Carrasco, and held Dougald scoreless for the 3-0 win. Game 7 was a nail-biter, as Tim seemed to constantly have the bases loaded but was unable to break out while Dougald was also having trouble coming up with timely hits. In the end, Tim held on, 4-1, with Adam Ottavino pitching the final 1 2/3 innings for the save.

Thank you to everyone for a fun, competitive season and we’ll see you at the winter meeting on January 20th.